These books take place in the Delvers LLC Universe but don’t center on the heroes of those series. 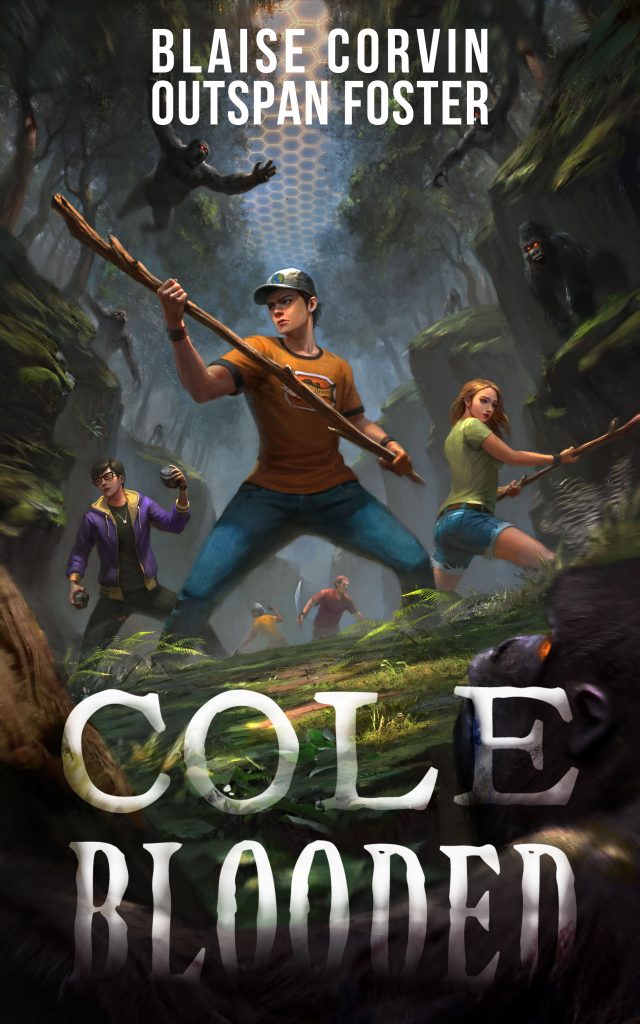 *This book takes place in the Artifice Universe like Delvers LLC, but does not take place on Ludus.*

Efrem “Coleslaw” White is a video game tester and college student. He was on a tropical vacation with a diverse group of strangers, classmates, and friends when disaster struck.

The next thing he knew, he was standing before a huge, floating man introducing himself as the god Dolos, and being given a second chance at life. There was a catch, though. There is always a catch.

Now Cole will need to convince all the people he’s trapped with that violence is not the answer, suggesting that they all to work together to endure their death game. If he fails, he’ll have to figure out how to survive on a deadly island with a shrinking, burning energy dome overhead.

Cole’s MMA training and video game knowledge doesn’t seem like much to rely on against mutated monsters and psychopaths with supernatural powers. If the island becomes a war of survival like he fears, he’s going to have several very serious problems to deal with…fast.

*Cole Blooded is not classified as LitRPG, but is Battle Royale GameLit* 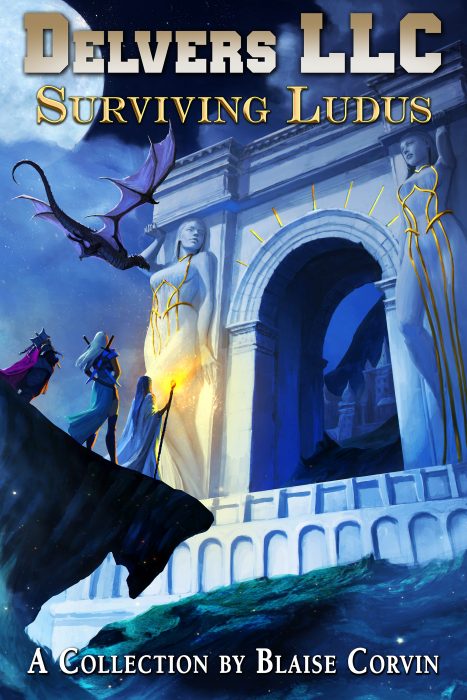 A collection of seven stories from seven different authors, all taking place on Ludus.

Ludus is a dangerous fantasy world from the series Delvers LLC and Nora Hazard.

Surviving Ludus can be enjoyed by fans of Delvers LLC, or any readers who enjoy sword and sorcery fantasy, dungeon exploration, survival, portal fantasy, magic-on-monster violence, or touching moments of love and honor.
***

A story about redemption, family, and loyalty. This story will directly tie into the Delvers LLC storyline, and contains a major reveal for a Delvers LLC main character.

With a little bit of luck, could an ordinary guy survive on Ludus? What if he meets the wrong sort of people? Then again, what if he meets real friends?

Everything Peacehatchet ever cared about has been ripped from him. Does an ork have a soul?

Jon Svenson – “Beyond the Village Borders”

Poor villagers can become adventurers too. Some people on Ludus fall into this lifestyle, but some search for it.

When a World War II American soldier and a German soldier are transported to Ludus at the same time, will they be able to repay a debt, or kill each other first?

During an attack on Mensk by demons and cultists, many will lose their lives, but some will step up to become heroes. Will an orphan girl defending younger children be a victim, or a shield for the helpless?

A wide variety of people have been transported to Ludus over the last thousand years. Will an engineering student have any advantage? Is it possible to thrive on Ludus through using brains, not brawn?