About the series: Join Jake as he navigates his crazy new reality of different dimensions, dangerous monsters, and powerful gods. Eastern cultivation meets a gacha-like LitRPG system as his understanding of an eternal struggle grows. All while evolutions to new monster forms and races, powerful items straight out of Xianxia, and powerful sacred arts will help him survive. The Earth will never be the same after the apocalypse, but maybe after getting a second chance, Jake will be enough to tip the balance and prevent true evil from prevailing. 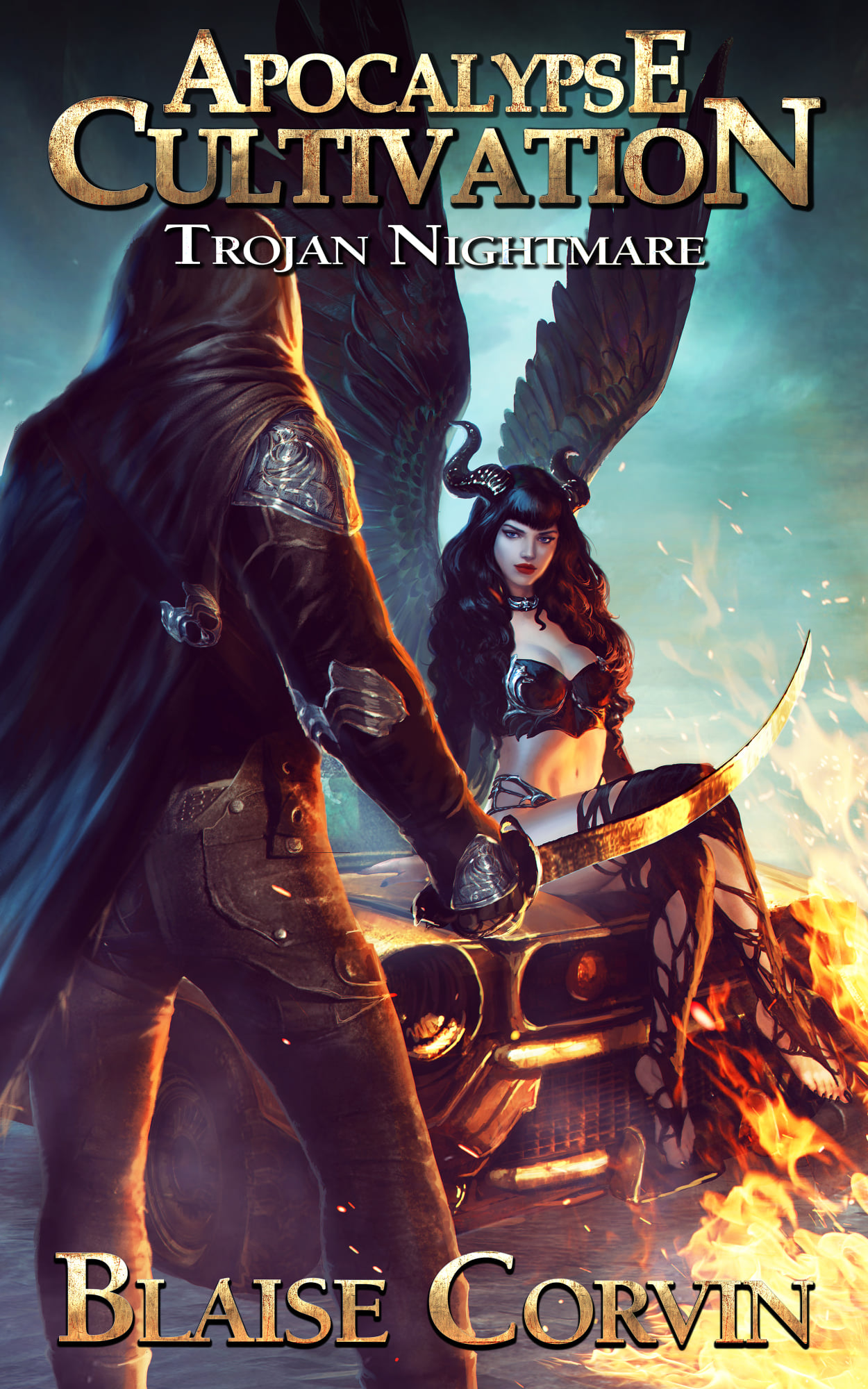 The Earth has been overrun with monsters…

Post-Apocalypse America is unrecognizable from the past. Jake survives by working as the leader of a scavenging adventuring team. A former mage, now he follows the strange path of cultivation, taught to him by a mysterious traveler.

As far as he knows, he is one of the only people on Earth with this power.

Events will unfold that change Jake’s life forever. Jake might even lose his very humanity while trying to do the right thing. But in return, perhaps he will grasp a second chance to save himself and others, to correct the past. He is about to be caught up in something much greater than himself.

Will he be consumed by the machinations of greater powers? Only one thing is for certain. No matter how terrible the odds, Jake doesn’t give up.

Experience the start of the next hit series from bestseller Blaise Corvin. This is a cultivation story with elements of eastern fantasy, but also includes LitRPG and GameLit tropes. Perfect for fans of Dave Willmarth, Tao Wong, and Shadowrun.